Pokemon Set the Stage – Will Petaluma Take the Spotlight? 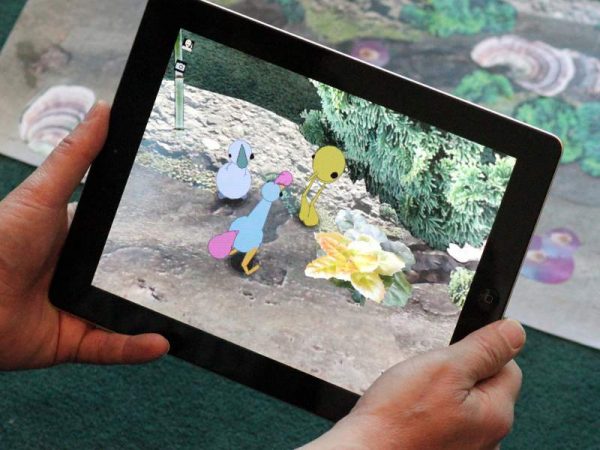 Last month, you may have noticed flocks of kids and grown-ups drifting around down,  smartphones in hand like Sherlock’s magnifying glass. searching for Pokemon. The popular characters populate an app-based game as well as the real world thanks to augmented reality technology. However, Pokemon wasn’t the first arrival of AR in Petaluma. Meet artist and entrepreneur Jeffrey Ventrella.

“Virtual reality is a closed in, you’re separated from the real world, which has its problems. And augmented reality is really connected to people,” patiently explains Ventrella, who mapped this terrain many months before with his Wiggle Planet project. A series of AR experiences in app-form featuring “free range, self-animated beings at the intersection of virtual and real,” Wiggle Planet is now poised to breakthrough with the new global awareness of AR’s possibilities thanks to the Nintendo’s Pokemon phenomenon.

The question looms, will we see more locally-grown companies (and characters!) entering the space?

Ventrella launched his company in 2012 and followed with a successful Kickstarter campaign two years later to create myriad iterations, including apps, greeting cards, and a children’s book, “Peck Peck’s Journey.” When paired with a smart phone and Ventrella’s app, the  titular character ambles right off the page of the book and into “reality.”

“And the art of finding the right space is really, really hard, if there’s an art at all.  A lot of it’s luck,” continues Ventrella.

Luck and perhaps bonafides. Ventrella was a cofounder of There.com, which preceded the virtual reality environment known as Second Life.  “They became the big thing, and nobody’s ever heard of There.com,” he says a tad wistful – such is experience of the early innovator.

Is Pokemon Just the Beginning?

Jeffrey Ventrella is the artist and brain behind WigglePlanet.

However, Ventrella is not one to be a footnote in history – he’s more of a lightning rod, attracting the powerful, if unpredictable, surge of energy produced by the possibilities – to extend the metaphor – of the Cloud and our connected culture.

“So, with what I’m doing now, I’m trying to get it so that if, when the timing is right, I can pounce. I think now is the time,” says Ventrella, who credits the ubiquity of smartphones, not to mention the decades-long nostalgia that’s been fermenting for Nintendo’s intellectual property as contributing to the succes of Pokémon Go.

When one’s an innovator like Ventrella, part of the balance is balancing being an artist versus a business guy. He identifies as an artist first, though he’s keenly aware that there’s a place where arts and technology intersect.

“I’m trying to find that balance,” he says with a smile.

Now, the market is primed, observes Ventrella, who tapped the talent pool at entrepreneurial hub WORK Petaluma to help create Wiggle Planet. Though he could have sourced talent the world over, leveraging Skype, say, he chose to keep it local.

“I’m much more of a face-to-face type,” says Ventrella. “I feel like this is a Petaluma company.”