Know Where this New Petaluma Landmark Is? 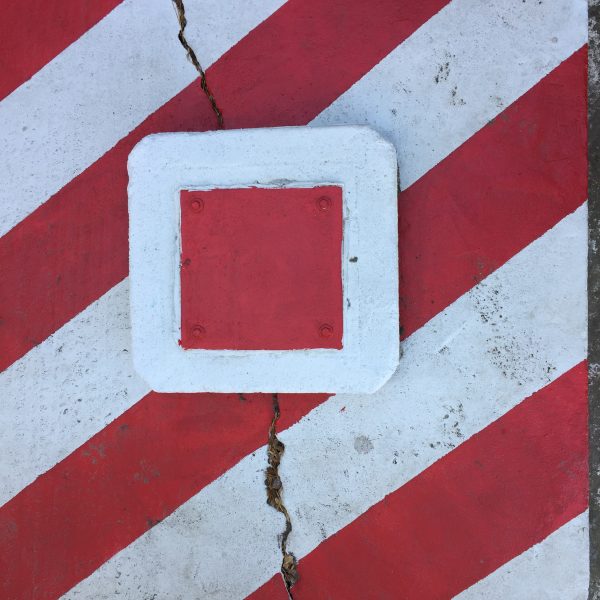 Is it a PokéStop? Where’s Waldo’s Tomb? An ode to Red Stripe Jamaican Lager? Nope – it’s a new Petaluma landmark and it’s for your own good, pedestrian.

“There’s a well underneath the red and white stripes and that’s a cover that was put over the well to protect it,” explains Pastor Burke Owens of the Petaluma United Methodist Church.

The spot in question is visible from the post office at Fourth and D Streets and is as eye-catching as it is useful – if sort of surreal.

“It’s not a well that’s currently in use, though our plan is that we hope, God willing one day, to be able to work it out so that we could maybe make use of that well for our own liquid refreshment needs here at the church,” says Owens.

The new paint job was done in effort to protect passersby who often use the narrow shortcut to connect to 5th Street – the pre-paint concrete slab beneath their feet, heretofore, being a tripping hazard.

“In order to protect people that might want to walk through that walkway between the post office parking lot and getting over to Fifth Street, we painted it so someone  coming through in the dark out or late at night could least they would have a better chance of not tripping,” he explains.

Indeed, there’s a piece of metal protruding from the otherwise flat slab that nearly fills the space between the church building and residential fenceline.

“It does take up quite a bit of space in there so it’s just our way of being proactive to make sure people were aware it was there,” he says of the would-be Petaluma landmark, then adds wryly, “We are also hoping if there are UFOs coming by they’ll see it’s a landing spot and they will come and visit.” 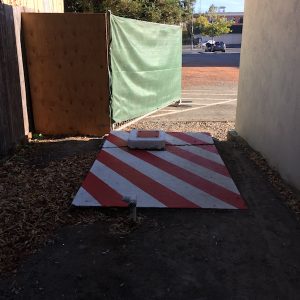